L.E.T. is an educational initiative funded by the European Grundtvig Lifelong Learning fund. It is about an inclusive adult learning process within a partnership of six non-profit Jewish organizations active in the field of volunteering and cultural education across Europe. L.E.T. is based on an international learning process in which the participants, all volunteers leaders in non-for profit organizations, learn, exchange, reflect, implement, and transmit acquired knowledge in two main fields: leadership & community organizing, and multicultural identities & interfaith relations. 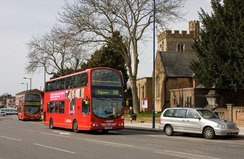 Edgware, UK, November 9-11, 2012
The first L.E.T. Partnership meeting took place in Edgware, United Kingdom. At this meeting we devoted time to get to know each partn﻿er and participant, to start the partnership with a common shared view of the project. An initial basis for working together was set, the motivation and expectations of participants were explored, and agreement upon communication and evaluation was reached and implemented. This was a very enriching experience, where we were able to share our ways of working with volunteers; we went through a self-reflection exercise about cultural identity and its influence on each organization's work. We also had a session on matching clergy and community, and a meeting with London Citizens, a local NGO that presented a very interesting interfaith model of leadership development.

Marseille, France, January 25-27, 2013
The second meeting of the partnership, hosted in Marseille by Judaïca - Massorti France, focused on four main topics: community organizing; managing multicultural identities; getting to know local customs and culture and evaluation. During this meeting we had the chance to get new insights into conducting effective meetings, as well as understanding different leadership theories.  We also had time to share best practices and we had a screening of a French movie ("Le fils de l'autre" 2012, directed by Lorraine Lévy) that raised issues of cultural identities. On Sunday we had the chance to visit some of the nicest spots of the seashore as well as to hear an historical review of the Jews living in the region given by Daniel Darmon.

During the third meeting of the learning partnership, hosted by Chir Hadach, Brussels,  we further developed organizational skills: 'one-to-one meetings 'and 'listening campaigns'. As for the multicultural identities side of the program we had a lecture on minority rights in Europe by Dr. Julie Ringelheim, Senior Researcher with the Belgian National Fund for Scientific Research (FNRS) and Professor of Human Rights Law at Louvain University.  We could also hear and exchange on the subject of interfaith dialogue with the Muslim community on the Shoah with Dr. Joel Kotek, Professor at the Free University of Brussels and Director of Training at the Center for Contemporary Jewish Documentation in Paris. We also had the time to share best practices on interfaith dialogue actions undertaken by the different partners, in particular our Belgian partner, Chir Hadach. And as for the visit to special sights, we enjoyed a guided tour of a unique place of interest, the Dieweg Cemetery in Brussels!

St. Albans, UK, October 11-13, 2013
The fourth meeting of the learning partnership, hosted by  SAMS - Masorti UK, was divided in two main parts: the learning sessions with the L.E.T. participants, and a "European Leadership Seminar" day. In our L.E.T. sessions we had the opportunity to learn from an interfaith panel on how to build relationships with other faith communities, with the presence of different representatives of the local Muslim, Christian and Jewish communities. During the leadership day, people from all over UK joined in for a full day of learning sessions led by outstanding community leaders on media, change strategies, coaching, fundraising, group dynamics, music and much more. 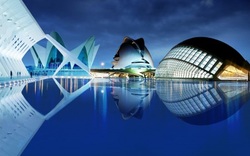 Valencia, Spain, January 24-26, 2014
The fifth meeting, hosted by Aviv, Valencia, opened with a guided tour of Sagunto, an historical ancient city to the north of Valencia. We continued with the leadership training, focusing on shaping our organization's agenda on the interest of members , and with sharing best practices. We also had the opportunity to learn about migration and religious diversity with a presentation made by Josep Buades, Director of the Center for Studies on Social Integration and Migrants Learning. 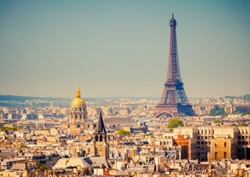 Paris, France, 9-11 May, 2014
Our last meeting, hosted by Adath Shalom, Massorti France, focused on action analysis and dissemination - how to share what has been learned with more people from our own organizations and the larger society as a whole, as well as on evaluation of the overall partnership. We also had the chance to visit the Jewish Art Museum of Paris and its very picturesque surrounding: the Marais.